What Does Received Mean on Snapchat?

Consider a situation where you want to know if someone has received your snap or snaps properly while you are conversing with them.

Check out the tiny icon that appears next to their chat window rather than waiting for a response or monitoring your Internet connection for issues.

Thankfully, each chat message has a unique icon that you can recognize to determine the status of the transmitted chat.

Due to this, today’s topic will be the “Received” status icon on Snapchat, which you have presumably seen before while sending snaps via the app.

What do sent, received, and delivered mean in Snapchat?

As was already noted, Snapchat allows users to send and receive snaps, chats, and even monetary gifts from pals. You see a particular icon when you send a snap or chat. You see one icon when the recipient receives it, and another icon when you receive one.

Three indicators are available on Snapchat to indicate that you have sent a Snap to a friend.

Red Arrow: You can know a Snap was sent by its red arrow if it lacks audio.

Purple Arrow: You can know a Snap with audio was delivered by the purple arrow.

A blue arrow: indicates the sending of a chat.

At some point, after your pal receives a Snap or conversation, you need to see the opened icon next to it. This arrow is hollow and has the same shape as the one that was sent.

A hollow red arrow: Your Snap without audio was opened if the red arrow has a hollow center.

A hollow purple arrow: Your Snap with audio was opened if you see a purple arrow that is hollow.

A hollow blue arrow: When the blue arrow is hollow, your discussion has begun.

What Does Received Mean on Snapchat?

Red square: displays whenever you get a snap from a friend on Snapchat. Therefore, this sign indicates that you have received a Snapchat photo or video.

Red square: You have gotten a snap or sequence of snaps without audio if you see the red square icon.

Purple Square: If you see this sign, it means that you have received an audio-only snap or snaps.

Blue Square: You have received a text message in the conversation if the icon is a blue square.

The difference between opened and received on Snapchat

The Viewed Icons in Snapchat

The square icon should turn to a hollow one once you open your Snap or conversation. Your message has been read, according to this.

A Hollow Red Square: You have opened a Snap or Snaps without audio if the red square is hollow.

A hollow purple square: You have opened a Snap or Snaps with audio if a purple square in the middle is hollow.

A hollow gray square: If a gray square is empty, the Snap you were emailed has expired.

The Screenshot Icons in Snapchat

A screenshot icon indicates that a message or chat you sent has been screenshotted by the recipient. Normally, this is acceptable because friends will want to keep some items around for a while, but if you’re sharing things that you don’t want to keep around for more than a day, this warns you to be cautious.

A pair of crossed red arrows: Your Snap with no audio has been screenshotted if there are two red arrows that are crossed.

A pair of crossed blue arrows: Your chat has been screenshotted if there are two blue arrows that are crossed.

The replayed icons on Snapchat

People frequently replay the Snaps they get, and Snapchat makes sure to notify you when this happens. The hollow Snapchat icon that represents a delivered snap becomes a circular arrow when someone views it again.

The red replay icon: A red replay symbol displays when a picture is replayed without audio.

What is the difference between received and delivered on Snapchat?

What is the difference between opened and received on Snapchat?

Snapchat open is when you send a text or photo to someone over chat and they confirm viewing it.

When you receive a text or photo on Snapchat, it means you have already seen the person who sent it to you.

Why does it say received on Snapchat when I didn’t send anything?

It’s only a display bug, even though it appears that the contact has received a new Snap (despite the sending never dispatching one). In actuality, nothing has been given to the “receiver,” and no one needs to worry about looking foolish. Hopefully, a Snapchat app update will take care of the problem shortly and stop any further anxiety.

How long do Snaps last before they expire?

All unread Snaps will expire after a certain amount of time. The culture of anonymity in the applications will cause even unopened messages and photographs to disappear. There are two different time frames to think about when it comes to unread Snaps.

A message sent to a group of people is only available for 24 hours. After 30 days, messages sent to a single recipient are removed. As was already said, the symbols let you monitor the status of each Snapchat message you’ve sent.

How can you know if someone on Snapchat ghosted you?

If you stop seeing pictures or videos sent to someone’s Snapchat Story, they may have unfriended you. Due to Snapchat’s privacy settings, however, viewing someone else’s Story does not always imply that you have been added back.

What Does Snapchat’s New Chat Mean?

On Snapchat, a “new chat” indicates that you have not yet received a message from someone. This applies to text messages, audio messages, and images and videos transmitted from Snapchat or the camera roll.

What Does Snapchat’s New Snap Mean?

A new chat on Snapchat is when someone sends you a photo or video snap that you haven’t previously seen. This only applies to snaps that were taken or recorded using Snapchat’s camera.

Why is my Snap pending?

The pending status indicates that either you have been blocked or the other person has deleted their Snap account.

What is the longest streak ever on Snapchat?

The Streak was first established on April 6th, 2015, and as of September 2021, Kyle Zajac and Blake Harris currently hold the record for the longest Snapchat streak with 2309+ snaps. Check out our article on the longest snap streak for more fun information.

Do my unread snaps expire?

Yes, depending on who you send them to, the snaps and messages do expire. The pictures are valid for 30 days if they are sent to a single recipient. However, if sent to a group, these will vanish after a day.

How do Snap scores work?

A person’s Snap score is a measure of how active they are. Snap scores are given based on-
*How many friends do you have
*How many Discover videos you’ve watched
*How many snaps you sent and received
*How many stories you’ve viewed and posted
You Can check out our detailed post on How does snap score works, for more information.

Why does Snapchat say I’ve sent something even though I haven’t?

It’s just a display bug, even though it appears that the contact has received a new Snap (despite the sending never dispatching one). In actuality, the “recipient” has not gotten anything and everyone is safe from disgrace. Hopefully, a Snapchat app update will take care of the problem shortly and stop any further anxiety.

Secret Ways To Trace A Call Location By Phone Number 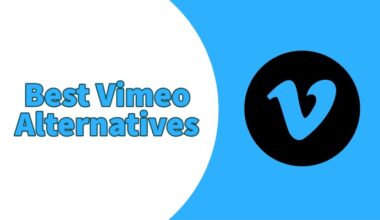 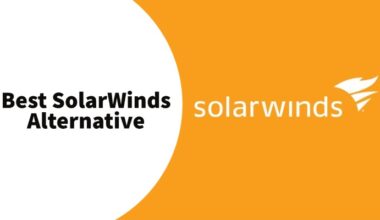 Read More
Table of Contents Show What is SolarWinds Corporation?What are the Features of the SolarWinds?List of SolarWinds Competitors-AtatusThousandEyes –…
HHOW TO Read More
Table of Contents Show What Is Dark Mode? How To Get Dark Mode on Snapchat How To Get…
TTrending