One of the best ways to convert your traditional television into a smart TV is with Roku. You can add channels to these devices, which come in a variety of versions with varied features, so you can watch the content you desire.

There is another way to get access to even more content despite the extensive range of premium and free channels available in the Roku Channel Store. That is correct! We’re discussing hidden or popularly known as Private Roku channels.

You may see our suggestions for the top hidden channels to download right away in this article. But first, let’s look at how to create private channels on Roku so we can go on.

After searching for the most interesting pics we selected the best 10 Hidden or private Roku Channels. There are the top 10 hidden and private Roku channels given below we hope that some of them you enjoy!

The space opera channel is a private Roku channel that is an anime channel that features anime shows, movies, and OVAs. It has a lot of content for people who are into sci-fi and fantasy.

The space opera channel is one of the hidden Roku channels that you might not know about. It has a lot of content for people who are into sci-fi and fantasy.

The Silent Movie Channel is one of the best Roku private  channels  that offer silent movies. It is one of the most popular channels for Roku, and it offers a variety of different films from all over the world.

This channel has an extensive collection of films, ranging from comedy to drama to horror. Some movies are not available anywhere else on the platform. The Silent Movie Channel is worth checking out if you are interested in watching a movie without any sound!

Arirang TV and Radio is one of the top Roku private channels you can find if you enjoy South Korean live TV and radio stations. It delivers a variety of material including documentaries, cultural features, and more.

We have the unauthorized Twitch.TV channel on Roku, which is another exclusive gaming channel. The first version of Twitch TV is no longer available. That does not, however, imply that you won’t have access to its duplicates.

One of the most exciting channels to add to your device is the Unofficial Twitch.TV channel. However, if this is still ineffective for you, you might attempt to utilize a VPN to access it or any of the other private networks in our list.

Read Also: How To Cast Oculus Quest 2 To Roku TV?

The Video Games channel is one of the most popular Roku channels. It has been around for a while and has over 1,000,000 subscribers.

This private Roku channel offers a lot of different content from indie games to classic games and even some rare titles. If you’re looking for something new to watch or play on your Roku device, this channel is perfect for you!

It is packed with quality content from various genres like horror, comedy, science fiction, anime, and more.

If you’re looking for something different to watch on your streaming device, it’s worth checking out these Roku  private channels.

Nowhere TV is a private Roku channel that can be found on the Roku home screen. It is intended for people who are looking for a way to watch their favorite shows without having to pay for cable.

It is not available on the app store. It is a hidden Roku channel. There are currently only 29 shows on the lineup.

It has over 300 channels and features mostly movies, TV shows, and documentaries. The channels are not accessible by default but can be found in the Roku Channel Store with no trouble at all.

It includes documentaries, nature programs, and other nature-related content. The channel is only available to those who have a Roku account.

To access the channel, you must enter your Roku username and password in the settings menu on your device.

Euro Roku channel is a private channel that allows you to enjoy the best European TV shows and movies on your Roku device.

These channels are typically not available in the United States and Canada because of licensing restrictions, but they can be accessed by using the VPN service.

The iTunes Podcasts channel offers many free podcasts, which is great for those who are looking for something new to listen to. It also allows you to subscribe and receive notifications when new episodes are available.

There are also some TV shows and movies that you can watch while you’re on the go, which is perfect if you are traveling or in the car.

This hidden Roku Channel also has a list of top podcasts from different categories including business, comedy, news, sports, and more.

Skitter TV is a private Roku channel that provides free movies and tv shows for Roku users. It has a lot of hidden channels that you cannot find on the main menu.

You can watch movies, tv shows, and documentaries from all around the world without having to pay anything or sign up for any subscription services.

It will keep you entertained for hours with its selection of movies, TV shows, and documentaries.

How to add Roku Hidden Channels to your device

Security is one factor that makes a Roku device superior to other streaming technologies. Direct addition of Roku private channels is not possible. You use either an access code or an invitation code in order to add the desired channels.

Here’s how to set up private Roku channels. Nowhere TV is one of the most downloaded channels, therefore you might want to install it as one of the first few.

The Hidden Roku channels won’t appear on your Roku device for about 24 hours. Check right away by performing the following:

Absolutely. Roku wouldn’t have allowed their use in the first place if they were prohibited. As a result, using these channels won’t get you into difficulty with the law.

How Do I Remove a Hidden Roku Channel?

The procedure for removing a private Roku channel is the same as for uninstalling any regular channel. Just carry out these actions.

1. On the Roku remote, press the Home button.

2. Pick the channel you wish to unsubscribe from.

3. Press the Star key on your remote.

4. Choose the option to remove the channel

5. The channel you wanted will now be erased.

How to Setup Kodi on Roku

Similar to Roku, Kodi is a powerful media streaming app. It enables the installation of add-ons that function like Roku channels. Due to Kodi’s open-source nature, the majority of them are produced by the Kodi community, while some are officially accessible.

Due to the lack of a Roku client for Kodi, using Roku with Kodi can be a little challenging. However, it can function by using the screen mirroring ability to cast Kodi to Roku.

These Roku Private channels are some of the best. These are not recognized media outlets. Your Roku experience will be much better after installing all these channels. All of the codes have passed our tests and are operating flawlessly.

Please let us know if you run into any problems installing these channels. We’ll try our best to find a solution. Other users might also benefit from it.

On Roku, where can I find private channels?

In the box on Roku’s website, enter the private channel’s code, also referred to as a “channel access code” or “invitation code.” The channel will be added to your Roku account and placed in a queue for Roku installation once you click “Add Channel.”

Private channel on Roku is legal or not?

Private channels can no longer be downloaded or used on Roku devices because Roku has discontinued them. They have been replaced by Roku’s beta channels, which allow channel developers to test their creations before approving them for the Roku Channel Store. Beta channels can only be installed by 20 users at once and expire after 120 days.

Due to their decision to focus more on using its channel store toolkit for development purposes, such as testing official channels to make sure they function properly before they are included in the official Roku channel store, Roku has decided to do away with private and secret channels. 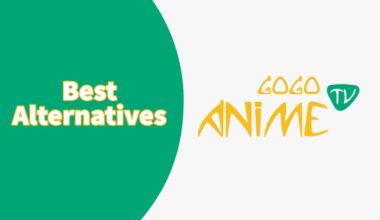 Read More
Table of Contents Show List of GoGoanime AlternativesKissanimeChia-animeAnimeShowAnimeFreakDubbedanimeCrunchyroll9AnimeAnimeFrenzy With so many anime streaming services available, it can be…
WWindows 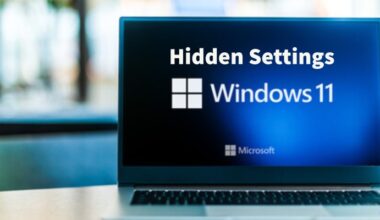 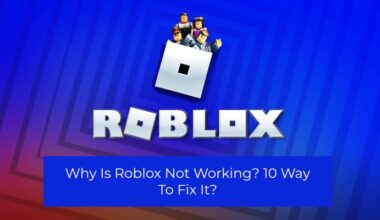