How To Screenshot on Snapchat Without Them Knowing? 2022 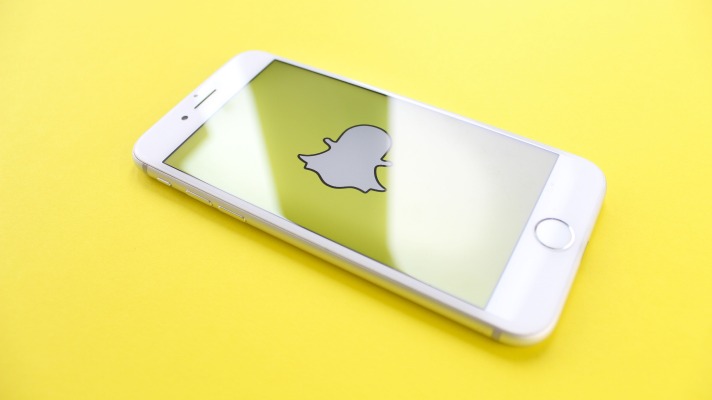 Do you also want to screenshot pictures and snaps for your friends without making them know about it? Are you looking for some easy and amazing hacks to screenshot on Snapchat with your Android and iOS devices?

Then, my dear friends, you have landed up in the right place. Our technical professionals have come up with some amazing and easy hacks to Screenshot on Snapchat, without letting the other person know about it.

Read through our article and choose the best trick to Screenshot on Snapchat.

Screenshot pictures on Snapchat without them knowing

The dependable native iOS toolset holds the key to screenshotting on Snapchat. You can record your interactions on the social media app by using the screen record feature. The screen recording function, which Android users had to wait for, is now accessible on devices running Android 10 and higher.

How To Screenshot on Snapchat Without Them Knowing?

Here we have provided the best methods to Screenshot on Snapchat without letting anyone know about it:

Using Airplane Mode (For both Android and iOS devices)

This method to screenshot on Snapchat is simple and doesn’t involve a lot of work. The actions you must take are listed below:

Open Snapchat and check that all the snaps have loaded (but don’t look at them).

Simply open Snapchat after making sure your device is not connected to the internet.

To take a screenshot of a Snap, simply open the Snap, click the screenshot button, and the task is complete. Turn on your internet connection after 30 or 60 seconds, and nobody will know what you just did.

In order to take a screenshot on Snapchat without making the other person know it by using a screen recorder.

This is one of the easiest ways to screenshot on Snapchat both on Android and iOS devices.

Read Also: How To Remove Someone From a Snapchat Group?

There are certain third-party apps that can save a Snapchat snap covertly, similar to how there are apps that can preserve a WhatsApp status. They are available for download through the Google Play Store.

There are many programs for this purpose, like SnapSaver (Android) and Sneakaboo (iOS), and the procedures are quite straightforward.

You only need to download and open the SnapSaver app to Screenshot On Snapchat.

The next step is to visit Snapchat after choosing your preferred option (Screenshot, Screen Recording, Burst Screenshot, or Integrated).

To take a screenshot, open the picture you want to save on Snapchat

Tap the SnapSaver camera icon that will appear on your screen, and the Screenshot on Snapchat will be taken.

This is a great third-party app to Screenshot on Snapchat without them knowing on iOS devices.

You just need to capture a screenshot of each new Snapchat Story as it plays when it first appears on the app.

As you finish your task, this won’t let the other person know about the screenshot.

Yes, you can record Snapchat from a different smartphone or tablet. This simply means pointing a camera at the screen of your smartphone and recording whatever is visible. Although you won’t get the best result, this is a reasonable method if all you want is to take a screenshot or record snaps on Snapchat.

This method to screenshot on Snapchat without them knowing can be used for both Android and iOS devices.

Use a different camera to record a video if you’re unsure. That way, regardless of how long it runs, you can be sure that you have the content preserved.

Although there is no need for a third-party program, the procedure is dangerous because each step must be completed in the correct order. There is a danger that they will learn of your error if you skip a step.

Because you will need to log in again, be sure to keep your account information in mind. To take a screenshot on Snapchat secretly, follow these instructions:

Google Assistant is not available on all Android smartphones, but if it does, it can assist you in saving Snaps.

Go to the Snap and say “OK, Google” to launch Google Assistant by holding down the home button.

The next question is, “How can we help?” You only need to tell it to “Take a screenshot.” You can also enter this directly into the menu.

All of the content on your screen, including the Snap you want to save, will be captured by them.

However, it won’t instantly save to your photo gallery. Instead, you can add it to Google Photos or share it with another service (like Slack, Gmail, or Messaging).

This is also a tried and tested method to Screenshot On Snapchat Without Them Knowing,

This is another Snapchat screenshot trick, but this one involves effort on Android phones.

After completing this, you will need to open Snapchat and record your Snapchat video or photo using a different device. You can screenshot someone else’s Snapchat Story after a few tweaks, and they won’t even be aware of it.

Use QuickTime on Mac (iOS devices)

There is a straightforward method for secretly taking screenshots on Snapchat. To do the process, you simply need to turn on QuickTime Screen Capture. Follow these instructions for this:

Simply open the QuickTime Player program on your Macbook and connect your iPhone.

To mirror your iPhone onto the Mac, choose one of the several recording choices that are available and choose your iPhone as the movie recording output.

After everything is set up, all you need to do is click the record button, and open Snapchat, and you can screenshot Snapchat without being notified.

Hopefully one of the methods given above enables you to screenshot on Snapchat without the other person knowing it. . You must take care to respect others’ privacy and not abuse the procedures mentioned above when using them.

Can you screenshot Snapchat stories without them knowing?

You may transmit any type of multimedia content, including a Snapchat video, a photo, and more, using snaps. However, the Snapchat app has one minor drawback: users are unable to snap screenshots of Snapchat without the other person noticing.

iPhone owners may push a button to automatically record everything that transpired on their phone’s display with screen recording. While it was handy to record the screen on iOS, Snapchat was unable to see them. As of Snapchat’s iOS version 10.17.5, the recordings became formally detectable.

Can screenshots be detected?

iPhone owners may push a button to automatically record everything that transpired on their phone’s display with screen recording. While it was handy to record the screen on iOS, Snapchat was unable to see them. As of Snapchat’s iOS version 10.17.5, the recordings became formally detectable.

How do you see who screenshots your Snapchat Story 2022?

To see a list of everyone who has viewed a Snap, swipe up on it. The names of all those who have screenshotted your Snap will be shown in green

Why can’t I see who Screenshotted my Snap Story 2022?