Up until 2020, you had to link your Oculus account with Facebook to play all the games with your Oculus headset. If not, Facebook will not allow you to continue. After all, Oculus is a company owned by Facebook.

It was indeed a very clever act by the company to prowl on users’ privacy. I mean, not everyone is interested in bragging about their gaming talent and achievements online.

However, if you are on this page, it is certainly clear that you are a gamer who does not have a Facebook account and right now doesn’t plan to have one.

Well, first you are on the right page.

In this article, we will cover the topic of how to create an Oculus account without Facebook.

Yes, this is possible, so without talking more, let’s just jump on the steps to creating an Oculus account without Facebook.

Step 1: Go to the play store or the app store and download the Oculus app for your Android or iPhone.

Step 2: The oculus firm sends you a welcome email. (When you buy a headset, the firm sends you an email with a link to your registered email address.) Go to your email and click on the link supplied by the firm after installing the app.

Step 5: After creating an account, go to the menu option and select “Add Device.”

Step 6: Connect your Oculus to the app.

Step 7: Turn on your Oculus Rift and connect it to the app.

Step 8: With your Oculus headset, you may now access all online gaming and VR platforms.

Read Also: How To Cast Oculus Quest 2 To Roku TV?

Step 1: Navigate to oculus.com and choose My Devices. Check that you haven’t added Oculus Quest 2 to the list. However, if you have, you must delete it.

Step 2: Uninstall the Oculus software from your Android phone. Also, clear the cache and any related data first.

Step 6: Additionally, install the software on your Android phone or tablet. Allow installation from unknown sources and press the Okay button.

Step 7: Once the installation is complete, enter your Oculus account and place your phone aside.

So you have to accomplish all of this from your headset.

It gives the impression that everything is happening right in front of your eyes. Through the VR headset, you may play games, meet people, learn, establish clubs, design, paint, and so on

However, Customers are still dissatisfied with the current account structure, despite the enterprise’s promises of enhancements to the new technology, which should allow users to establish their accounts without using Facebook. In this article, I’ll go through the VR headsets in-depth and show you how to make an Oculus account without a Facebook account.

Read Also: What is Facebook Touch and Is It Worth Using?

If you don’t have a Facebook account for oculus, you won’t be able to use the Oculus headset before the historic merger.

Step 1: Open the oculus website on your PC or download the oculus mobile app from the relevant app stores for Android and iPhone.

Step 2: On the homepage, select the “menu” option by clicking on the three dots in the upper right corner. 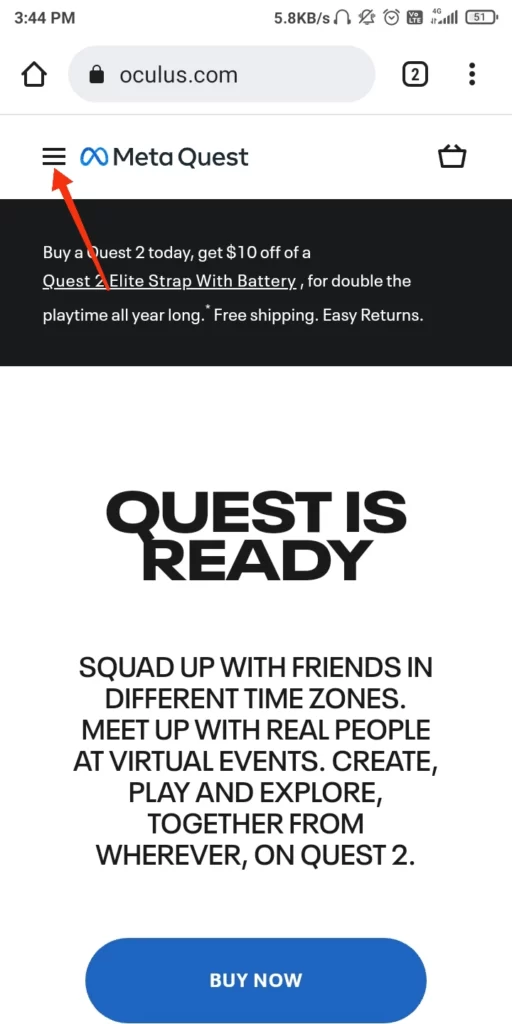 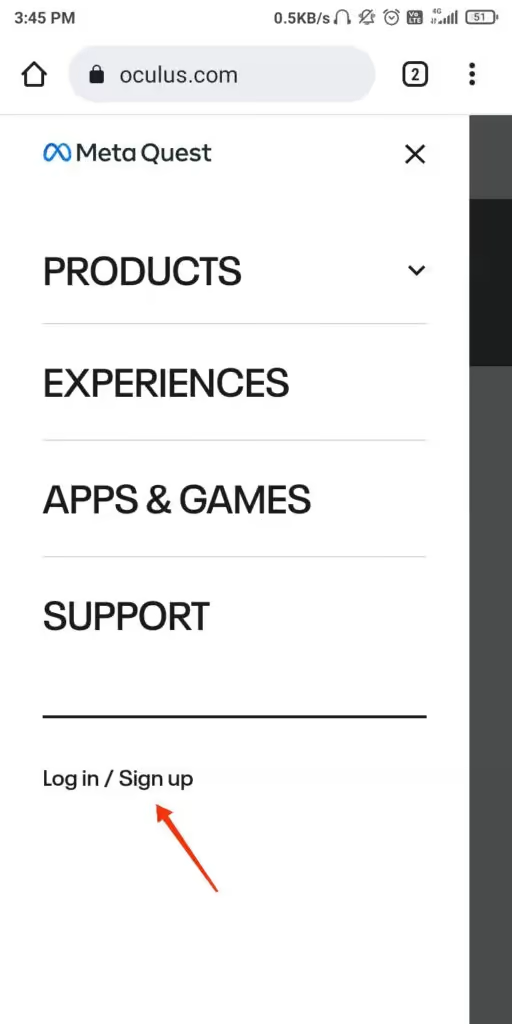 Step 4: Selecting the signup option will lead you to the page where you may create a Facebook account. 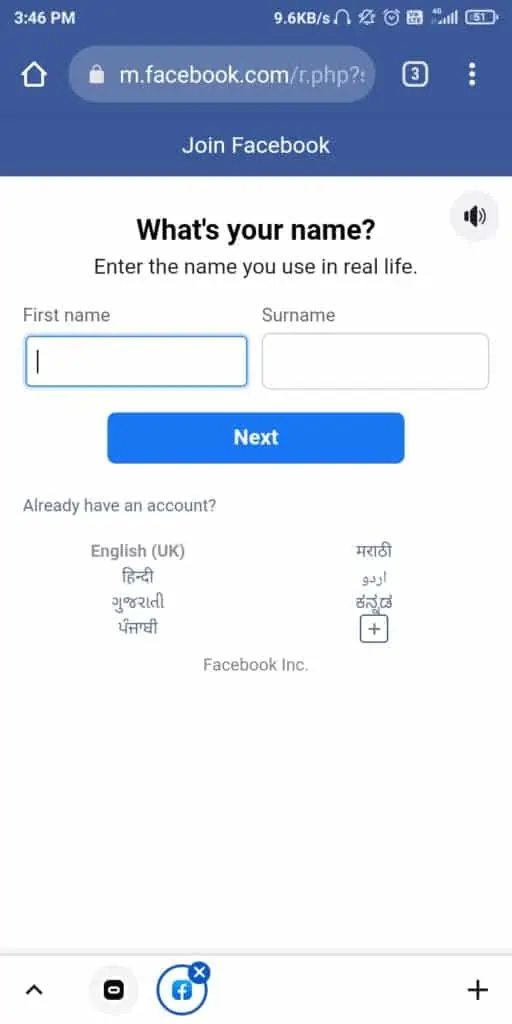 Step 5: Create a password and fill in your name, email, and phone number. 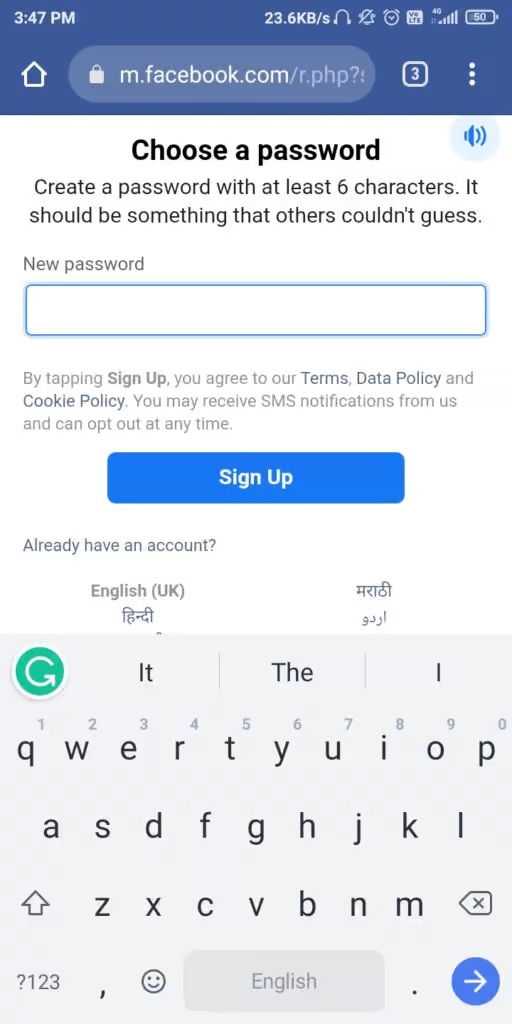 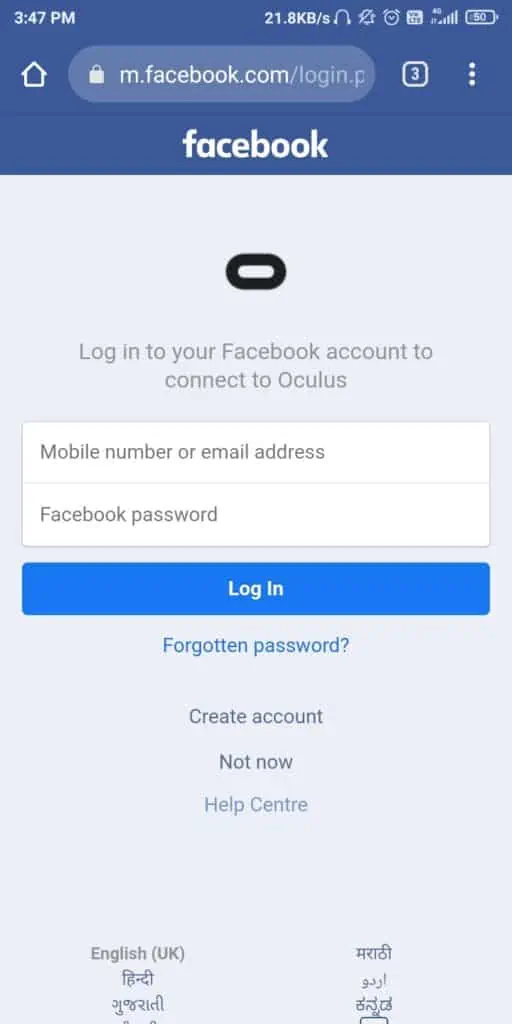 Step 8: After clicking “Login,” you will be sent to your Oculus account.

Your Private Data is Confidential

Only you can see what you’re doing.

You Can’t Show Your Friends And Family Your Game Achievements

Since you have not signed up with Facebook on your Oculus, you won’t be able to show your achievements. Facebook features an activity and accomplishment-sharing tool. Your social media account may be used to share and display all of your gaming actions.

It’s possible that the Oculus Headset option will not appear on your phone app.

If you have a Facebook account for oculus, you will always see the oculus headset on your device page when playing any game. Hence, Using Oculus without Facebook can be a con.

Facebook is a social media platform that brings people together. People who share interests become friends and create groups to participate in activities together.

Facebook logins are no longer required with the new 360-degree quest virtual reality glasses. Users will no longer need to register a Facebook account to utilize the headset because the firm has announced intentions to remove the restriction.

Why are you making these changes to accounts on Oculus?

What social tools does Facebook offer in virtual reality?

Facebook offers a variety of social tools on Oculus, such example:

Chats – Have conversations with pals while wearing the headset or not, and jump right into playing games.

Livestreaming – Upload VR gameplay to your timeline on Facebook

Post to Facebook groups with a VR focus using your VR login. Create open parties to meet up with pals in virtual reality.

Facebook stated that starting in August, using its Quest VR headsets won’t require a Facebook account. Once they go live next month, every new Quest owner will have to set up a new Meta account. Owners of existing devices may continue using them as they are through January.

Your account will be made, and you would get the mail on your registered email id to Oculus.

There are a number of different companies in the world that make Virtual Reality Headsets. The majority of them don’t require Facebook to use the headset’s functions. As a result, not all VR headsets require Facebook.

However, Facebook is required to register an account for Oculus Virtual Reality Headsets. Except for the Oculus for Business headsets, all other Oculus headsets require you to connect with your Facebook account before you can use the headset’s functions. As previously stated, the community of Oculus VR headset owners is dissatisfied with this, therefore an update from the company is planned for in the coming months.

Is it still possible for me to separate my Facebook profile from my profile for VR experiences?

Yes. You will be able to use the same username in VR if you already have a distinctive username from your Oculus account. When you set up your profile for VR, if you don’t already have one, you can create one.

But there is an important point about why Facebook is selling VR headsets at a low price to its customers.

Our generation is heading towards virtual reality, which is a good thing.

Thankfully, there is a solution for Oculus Quest 2 users to avoid using Facebook. The Oculus app allows users to avoid having to log in to Facebook in order for the headset to work. This is accomplished by removing your Facebook account from the system.

The Meta Quest 2 is the new moniker for the Oculus Quest 2 headset. Users of Quest 2 will no longer be needed to log in with Facebook to use the headgear starting in 2022, according to Meta.

Q. Can I create an Oculus account for my child?

Meta said that minors under the age of 13 are not permitted to establish accounts and that this information is presented in the setup process. The International Age Rating Coalition rates all Oculus material, according to Meta. Read More
Table of Contents Show What is Starz?How do I log into Starz? (www.starz.com/activate)How to activate Starz on Apple…
TTips & Tricks