Home Gaming The Best Games On Roblox in 2022
GGaming

Roblox is best known for its kid-friendly games, but that doesn’t mean it isn’t fun Roblox games for adults.  To save you time, we have brought you the list of the best Roblox games of 2022 through this article.

Build Your Own Amusement Park

If you remember playing Rollercoaster Tycoon, you will feel at home with Theme Park Tycoon 2 by playing this game.  In this amusement park simulator, you build and manage your park, from rides to toilets.  Although you start with limited resources, you can add features as you attract more visitors.

Given your financial and space constraints, you will need to plan your park layout carefully so that you can accommodate as many guests as possible.

Players can also visit each other’s parks and collaborate, make some friends and find new ideas for their projects.

Dungeon Quest is a massively multiplayer online RPG inspired by dungeon crawlers such as Diablo and Gauntlet games.  The game’s formula is pretty straightforward: Explore dungeons, collect treasure, upgrade your inventory, then do it all over again. However, what sets this MMO apart is its impressive graphical style.

Dungeon Quest offers a wide array of equipment and maps, but it’s not as intimidating for newcomers as titles like World of Warcraft.

It’s important to strike a perfect balance between action and strategy for this game to appeal to casual gamers and hack-and-slash veterans alike.

Tower Defense Simulator puts a new spin on an old genre.  In the vein of Plants vs. Zombies, players have to defend their territory against hordes of invaders. However, in this game, you can team up with friends or even compete against other players.  As you crush your enemies, you’ll earn money to upgrade your tower.

The single-player mode challenges enough to keep you busy for hours.  To survive, you’ll need a combination of speed, strategic thinking, and patience.  Tower Defense Simulator offers surprisingly deep gameplay that encourages players to engage with each other.

A new take on cops and robber

In Jailbreak, players begin to choose between a life of crime or taking an oath to uphold law and order.  If you choose the path of criminal in this game, your objective is to break out of prison and enrich yourself through dishonesty.

If you are on the side of law enforcement, your job will be to keep the prisoners in jail and chase the fugitives.  It sounds like a simple concept, but the game has a lot more depth than you might suspect.

Once you’re done exploring the open world and committing crimes at will, Jailbreak starts to feel like a kid-friendly version of the GTA series.  This is a very famous game.

One of the few games on Roblox that might not be suitable for younger kids, Phantom Forces is an FPS inspired by the Call of Duty series.  If you are a fan of those games, you will not be disappointed.

The gameplay is comparable to every other FPS, but that doesn’t make it any less fun.  If you are not into shooting games then definitely Phantom Forces game is not for you. This game is not very much an FPS title.  If you give it a shot, you will probably find yourself competing against people of all ages.

If you’re looking for a sport that’s the opposite of despair, scuba diving at Quill Lake is a fun sport. As an underwater treasure hunter, your goal is to survey the bottom of a vast lake and find hidden relics.  Have to put as you collect treasure, you can purchase upgrades that allow you to access new areas.

Quill Lake has its roots in exploration games like Pitfall but doesn’t involve any traps or platforming.  Although the game isn’t challenging, it’s still nice to uncover new secrets.  If you are looking for a game to play before bed that you don’t need to worry too much Quill Lake is the perfect game for you.

Adopt me!  It’s a social game where you get to raise cute animals from birth, watch them grow and even mix them up to create mutants.  There is no fight or challenge so to speak; just dress up your pets, show them off and trade with your friends.

Virtual pets became hugely popular in the 1990s, but back then no kid could even imagine something as cool as Adopt Me!  The game continually adds more animals and outfits, and new content usually focuses on specific themes such as Halloween, Lunar New Year, etc.

Roblox has a somewhat limited selection of platforming games however Ninja Legends 2 makes up for the lack of quantity with this high-quality MMO.  As a ninja, your goal is to perfect your parkour abilities and traverse colorful worlds.

This can be exhilarating, as long as you can stomach the in-game camera.  The game offers an insane amount of customization, and new items are released regularly.  There’s a lot of stuff behind a paywall, but you can unlock everything without paying any real-world money just by playing the game.  You can also give your ninja a pet in this game.

Like many games on Roblox, Anime Fighting Simulator is a generic game that doesn’t quite capture its excellence.  In this underrated gem, all your favorite anime heroes come together to take it all out.  Why?  Does it matter to you?  It’s just plain good.

Fighters include characters from Dragon Ball Z, Naruto, The Last Airbender, and even anime-inspired video games like Final Fantasy VIII.  It can’t compete as a fighting title with games like Dragon Ball FighterZ on Steam, but you’ll find it a favorite to test out each character to see their special moves.

Best Roblox game to play with a friend

While you can’t play hide and seek with your friends in real life, you can have fun with this game in which you have to escape from the person who is “it”, or track down hidden players.  Minimize the miniature size and run in a real-life environment to avoid trying.

“Extreme” may not be an exaggeration at best to describe the game as the levels are too mundane.  One nice feature though is that the person designated as “It” can use special abilities to help capture other players.  As you win games, you’ll earn points that can be spent on new powers when you’re “it”.

Alone in a dark house

In this game, you’re alone in a dark house and you’re tasked with collecting clues to hunt down a killer – a classic horror story if we’ve ever heard it.  Complete with tons of endings, tons of suspense, and truly atmospheric lighting, it’s a great game in itself.

It’s best played alone for full effect, or you can also play with up to 20 other players if needed.  With blood present and a generally troubling tone, this game is probably best for teens and pre-teens, though it is unlike younger ones.

Or in a survival horror game inspired by Peppa Pig, in which George Pig has gone missing and it is quite a mystery what happened to him.  You play as a police officer investigating but you are soon knocked over by a pig and then faced with a room escape before your bacon is fried.  And to make things worse, the police station is soon infiltrated by a monster and the only two people left are you and Officer Doggy.

When you eat a Blox fruit in this game, it gives you special powers and abilities depending on what type of fruit they are – and no doubt there will be many fruits that you keep a close eye on.  Increase your skills as you get powers and you’ll want to make sure you level up carefully – if you don’t it will slow down your development in the game.

If you’re a fan of socializing in games then MeepCity is worth a look because it’s got a huge focus here – and the servers can host up to 200 players which is a huge jump from 30 in Roblox games.

This is a fun game with a lot to do.  The journey from building your virtual dream home to customizing the pets that live in it is a relatively simple game, but a game that may keep you hooked for longer than you think.

Work at a pizza place

The general themes of this Roblox game should come as no surprise to you that you work at a pizza place and have to keep the place running and of course, you’ll need to make sure you have happy customers too.  You can be a rude cashier and it’s as fun as it sounds—and for those of us who’ve worked in retail.  You can do everything from serving pizza to boxing to going out – it’s up to you to decide what role you want.

You can have three roles in Murder Mystery 2 – the innocent, the sheriff, and the murderer.  Which of these characters you’re given will determine the type of game you’ll have and the benefits and fun that come with all three.  There’s a vibe here between players and left to figure out who the enemy is before they harm you – and it’s super addictive.

This town and city game is only active for one year, however, it has grown in popularity and is one of the biggest and best games that you can play on Roblox now.  While the other games on this list are frenetic and action-packed, Brookhaven PR is a more mellow experience that focuses on living the luxury and is generally just the chill-out time we all crave for games like this from time to time.  Is required.

How to play Roblox

If you’re playing on PC, to get started with Roblox you’ll need to go to Roblox.com and create a free account and it’s very easy.  You can also play some Roblox games as a guest without an account, but one is required to use most of the platform’s social features.

Alternatively, you can get the app for PC from Amazon or Microsoft Store.  To access Roblox on other gaming platforms, you will need to access the Apple Store (for iOS devices), the Google Play store (for Android devices), or the Xbox Store (for Xbox One or Xbox Series XIS).  You can download the app.

Most Roblox games are free-to-play, which means you can hit the play button on the game’s page once you’re set up.  Some require pre-purchase although usually for a nominal fee using in-game Robux currency, which can be purchased with real money.

In this article, we have written in detail the most famous games of the best Roblox games. So that you can understand these games and enjoy playing them.  How did you like this article, you must give your suggestions in the comment box, thank you.

Open Back Vs Closed Back Headphones 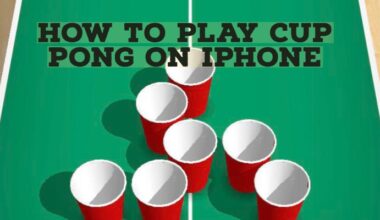 Read More
Table of Contents Hide How can I get Cup pong on iMessage?How To Play Cup Pong On iPhonePlay…
GGaming 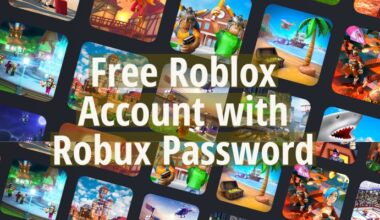 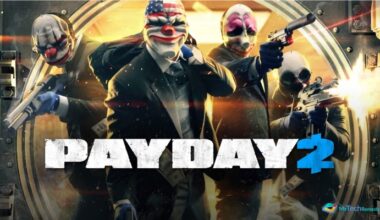 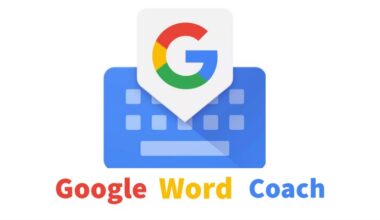 Read More
Table of Contents Hide Introduction: What is Breeding in Minecraft and How Does it Work?Breed villagers in Minecraft…