Are you searching for the best oculus games for kids? We are here to help you.

We have searched among multiple oculus quest games in which some are paid too. After going through research on more than 30+ games, we have found the most convenient games for you.

As we know, the Oculus Quest 2 comes with games that are specifically designed for kids. These games are meant to be fun, easy, and interactive.

They also come with a built-in parent mode that lets parents control the experience of their children while they play on their own. This makes it easier for kids to play and get immersed in the game.

The games available on our list of best Oculus Quest 2 games for kids are designed specifically for the age group of 4-12 years old, so they are fun, engaging, and do not have too many complicated controls or settings.

In this article, we are going to discuss these 8 best oculus games for kids to play.

The 8 best games for kids on the Oculus Quest 2 are:

Racket Fury is a VR game that can be played on the Oculus. It is a simple game that lets you swing a racket and hit balls into targets.

In this game, you can play with different types of rackets and balls in a virtual world. It offers an easy-to-learn experience for kids, but it can also be challenging for adults.

It is an action-packed game with different levels that are designed for players to have fun while learning the basics of tennis. It allows players to learn tennis skills in an entertaining way and develop their hand-eye coordination.

The Angry Birds VR: Isle of Pigs game is a new installment in the popular Angry Birds franchise. The game is designed as the best Oculus Quest 2 games for kids, which is a high-end virtual reality headset.

It has some of the most popular Angry Birds characters, including the pigs, and it has fun puzzles that will keep your kids engaged for hours.

The game has an immersive 3D world that can be explored by players of all ages. It also has more upgradeable weapons and a new type of pig with different skills that players can challenge.

Curious Tale of the stolen Pets

Curious Tale of the stolen Pets is among the best oculus quest 2 games for kids that have been created for children aged 4-12. It has a wide range of features that make it the perfect VR gaming system for kids.

It is a story-driven adventure game where the player takes on the role of a hero and must explore their surroundings to find clues and solve puzzles.

It is very easy to set up, it is compatible with nearly any smartphone and the app can be downloaded on both iOS and Android.

Beat Saber is one of the best Oculus Quest games for Kids. In Beat Saber, players wield a lightsaber and slash at blocks in order to progress through levels.

It is a rhythm-based action game that has players slashing blocks with lightsabers while listening to music and dodging obstacles.

The objective of the game is to hit every block on screen with your light saber, but you have to listen carefully to the beat of the song in order for this to happen.

The features of the Beat Saber game are:

The Tetris effect game is a new gaming platform with its own set of games that are exclusively designed for kids. The games have been developed to create fun, engaging experiences that encourage learning as well as creativity in children.

This is a fun and addictive game where players must master the art of Tetris in order to win each level. Players must rotate and stack tetrominoes on top of each other in order to complete a level.

There are different power-ups that help players complete levels faster or make them more difficult as well as new challenges like time limits or changing gravity levels on the fly.

Path of the Warrior

Path of the Warrior is among new Oculus Quest games that are perfect for kids. It comes with an immersive and interactive experience that can be enjoyed by children and adults alike.

It is an action-packed, and humorous adventure game that will keep your kids entertained for hours. It is also perfect for family bonding time or just to have fun with friends!

It is a real-time strategy game set in ancient times, that allows players to build up their own town and help it grow bigger by defeating enemies with their army, upgrading weapons and buildings, and completing quests.

Down the Rabbit Hole

Down the Rabbit Hole is a new VR game that is available on the Oculus Quest 2 games for kids. It is recommended for children aged 6 and up.

The game lets players explore a world where they can interact with characters and solve puzzles.

It is perfect for kids because it has no violence and does not require any special skills to play. It is also easy enough for kids to understand and enjoy.

This game has some features that make it stand out from other VR games like children-friendly graphics, simple controls, and an immersive storyline.

The latest Oculus Quest 2 games for kids are more engaging and immersive than ever before.

Ghost Giant game is a VR game that has been designed specifically for children. It is an adventure game that allows children to explore the world while being entertained by the story of a friendly ghost.

The game has a lot of features such as an interactive story, 3D graphics, and more. In this game, the player has to help a ghost save his family from the evil witch.

1.  What are some of the best games for kids on the Oculus Quest 2?

3.  What is the best game that you would recommend to kids who play Oculus Quest 2?

The best game that I would recommend is “Sushi Cat”. It is a simple puzzle game where you have to collect all of the sushi and avoid the cat. The puzzles are easy enough for kids to enjoy and they can learn about colors and shapes while playing.
There are many other games that I would recommend as well, including “Monster Mash” which has an educational aspect in it as well. 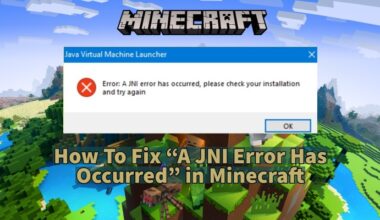