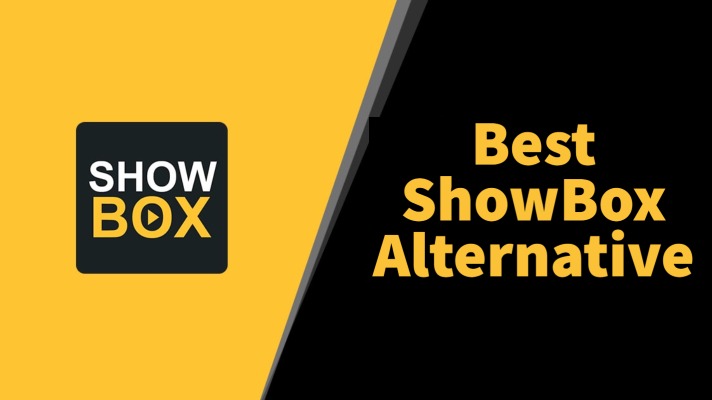 Due to this, the producers of the TV show and the film studio used to suffer losses, and to avoid this loss, the TV producers and film studios put pressure on the governments to ban Showbox in some countries.

Now Showbox users from the countries where the Showbox is banned are searching for Showbox alternatives. To help these users, we will cover eight such TV shows and movie apps like Showbox.

The first time you open the Stremio app, you get to see a huge catalog of TV shows, Movies, and YouTube channels inside the app. You will be able to do legal streaming in the app using streaming platforms such as Amazon and Netflix.

After using Stremio for some time, we found out that the app is even better than Showbox in some cases. One of the best things about Stremio is that it can work with any streaming service you link to it. We run the application on windows but if you have any other operating system like Android or iOS or Linux or Mac, you can run the app in these operating systems also.

Cinema HD is such an application in which you will get to see a huge collection of movies and TV shows, this app has something for everyone. We used the app for a few days and we got to see new content in this app every day. It seems the main focus of the app is to provide its users with new content every day, be it movies or TV shows.

But you have to keep in mind one thing when you download Cinema HD on any of your devices, activate the antivirus of your device first so that a virus of any kind does not come into the device because many different websites provide links to download Cinema HD which may contain viruses. We are saying this because this is what happened to us when we downloaded Cinema HD for the first time.

And the reason why it is the same is that Popcorn Time also has a huge collection of movies and TV shows like the other two apps that we told you about above. Talking about the interface of Popcorn Time, when we used it for the first time, within a few minutes we were able to use this app quite easily.

If you are looking for an app where you can find and watch free TV shows and movies, then you can also use the Tubi TV streaming app. When you first install the app on your device you will have to go through a simple sign-up process in which you will have to submit your name, email address, and date of birth.

After that, your Tubi TV account will be created and you can watch up to 20,000 different TV shows and movies. As much as we have used the app, one thing is clear its interface is quite amazing and the content you have got in it is 100% legal to watch.

Playbox HD is another great and one of the best streaming apps like Showbox. Even the design and structure of the app are a little bit the same as Showbox. After using Playbox HD, we got to know about certain features that make the app stand out from the rest of the apps which are exactly like Showbox.

Pluto TV is a very old and well-known platform that provides free streaming services to its users. But, there was always a complaint from the users of Pluto TV that the platform does not have a search feature, due to which users are unable to search for their favorite movies and TV shows. Today, when we installed it on your device, then we came to know that the problem of the users has been solved by Pluto TV.

The search feature is now available and now users can easily find their favorite TV shows and movies using the search feature of Pluto TV. Talking about the rest of the things, yes all other things are also quite good on Pluto TV. You also get to see 100 plus live channels on the platform, whose video quality is also high.

Hulu is also a pretty good alternative to Showbox because Hulu’s content library is as large as Showbox. Hulu’s content library is updated daily and new content is uploaded to it. On the Hulu platform, you will get to see many popular and new Disney+ series. Along with Disney+, you will also get to see the series of other more popular networks on this platform for free.

Cyberflix TV is one of the best streaming apps similar to Showbox. Even in some things, Cyberflix TV is better than Showbox. Cyberflix TV has broad choices of content for its users. The app regularly uploads new movies and TV shows.

One of the best things we saw on Cyberflix TV is zero buffering. Yes, you read that right. When we were using this streaming app we faced no buffering while watching any movie and TV show.

So, these were the eight best apps like Showbox. These eight apps are great streaming apps that are quite different from each other and even better in some cases than Showbox. If any of you use one of these apps, then please share your thoughts in the comment section of this article.